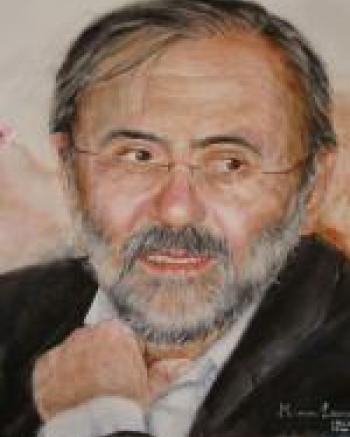 Position
Costas M. Soukoulis is a Senior Scientist in the Ames Laboratory and a Distinguished Professor of Physics at Iowa State University. He received his B.Sc. from University of Athens in 1974. He obtained his Ph. D. in Physics from the University of Chicago in 1978. From 1978 to 1981 he was at the Physics Department at University of Virginia. He spent 3 years (1981-84) at Exxon Research and Engineering Co. and since 1984 has been at Iowa State University (ISU) and Ames Laboratory. He has been an associated member of FORTH at Heraklion, Crete, Greece since 1984. His research interests is to develop theoretical understanding of the properties of disordered systems, with emphasis on electron and photon localization, photonic crystals, random lasers, graphene, plasmonics and metamaterials. Soukoulis achieve world-leading experimental, theoretical, and computational research in the discovery, design, synthesis, understanding, and control of novel sustainable materials. Prof. Soukoulis is Fellow of the American Physical Society, Optical Society of America, and American Association for the Advancement of Science. He received the ISU Outstanding Achievement in Research in 2001, and the senior Humboldt Research Award in 2002; he shared the Descartes award for collaborative research on left-handed materials in 2005; the first Frances M. Craig endowed chair in Physics at ISU in 2007; Honorary Doctorate from Vrije Universiteit in Brussels, Belgium in May 2011, and has been shared the 2013 James C. McGroddy Prize of APS for New Materials (“For the discovery of metamaterials”). He won the 2014 Max Born Award of the Optical Society Of America, won the 2015 Rolf Landauer Medal, ETOPIM International Association. Prof. Soukoulis has been a member or a chairman of various International Scientific Committees responsible for various International Conferences. He has served on several boards and committees for organizations, including NSF, DOE, and European Union. He has approximately 454 publications, more than 179 invited lectures at national and international conferences, about 143 invited talks at institutions and more than 32003 citations, an h-factor of 90 and 5 patents for PBGs and LHMs. Dr. Soukoulis made the 2014 - 2016 list of Highly Cited Researchers published by Thomson-Reuters.

Area of Expertise: Theoretical and numerical simulations of real materials